I'm interested in two seemingly divergent areas of work: systematics of parasitoid Hymenoptera, in particular the superfamily Platygastroidea, biodiversity informatics, and chemosensory evolution in these wasps. Our work has been supported by funding from the National Science Foundation and by the endowments that support research on insect systematics bequeathed by Josef and Dorothy Knull.

Systematics and Evolution of Parasitoid Wasps of the Superfamily Platygastroidea 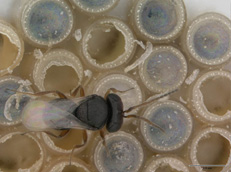 The Platygastroidea are a diverse group of over 6,000 described species of minute wasps, most of which are egg parasitoids of other insects or spiders. They seem to have originated from species that attack the eggs of Orthoptera (grasshoppers, crickets, etc.), but several clades have "shifted" to attack completely different groups of arthropods such as beetles, moths, spiders, mantids, or true bugs. Our work on the systematics of these wasps takes two complementary approaches. There is still a large number of species remaining to be described. Species discovery and description is still an important task, and there is plenty of exciting work to be done. There is nothing more awe-inspiring than looking through a newly collected sample and finding a fantastic new species, something that probably no one has ever seen before!

At the other end of the spectrum, we are trying to decipher the pattern of relationships among all these species in genera. With a robust hypothesis of phylogeny we can begin to ask questions about how these shifts from one host group to another have occured and just why there are so many species. This work combines both morphological and molecular data, and we are actively working to incorporate the newest nextgen sequencing tools to generate data for phylogenetic analyses.

One spinoff from the systematics work has been a project to sequence the genome of one species of platygastroid, Trissolcus basalis (Wollaston), an egg-parasitoid of the southern green stink bug, Nezara viridula (L.), an important agricultural pest in warm regions around the world. We are currently working on annotation of the genome and are specifically interested in their chemoreceptor repertoire. 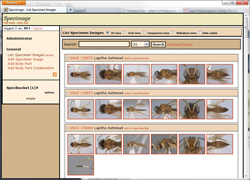 The field of biodiversity informatics is concerned with the acquisition, dissemination and analysis of what we call primary species occurrence data, that is, the information on who-what-when-where and how that is associated with specimens and observations. We have developed a robust Oracle database application for handling these types of data as well as data from the published literature, images, and characters. Our recent efforts have been focused on the development of software tools that can increase the throughput, efficiency and accuracy of the process of taxonomic description.

Our lab is well equipped with the hardware needed for the database, web servers, phylogenetic analyses and sequence-based bioinformatics applications. Software tools that we use often include the Hymenoptera Name Server, Hymenoptera On-Line, Specimage, and vSysLab.

Update: We are currently in the midst of a migration of all of our database assets and associated web portals from their old Oracle platform to Postgres. This is a complicated process and is proceeding slowly. Therefore, you may encounter error pages where the apps have not yet been upgraded, or you may find some pages no longer function as they once did. Please be patient with us as this upgrade goes along.

We have been exploring the genomes of these wasps in pursuit of two goals: to develop a robust hypothesis of their phylogeny and to understand better the relationships with their hosts. We suspect that the senses of taste and smell are not only the key to how the wasps find host eggs, but they may also explain how new species arise. We have sequenced the genome of one important species, Trissolcus basalis and have explored transcriptomes of males, females, and their respective antennae. Our current efforts are to annotate the chemosensory receptors and the olfactory binding proteins in this species.

This summer I've started a new project: a textbook to be entitled "Interconnections: a case study in integrative biology." This comes out of the course I teach on Integrative Biology. The goal of the course is to show how all of the many subdisciplines of biology, from molecular biology to ecology, all fit together in the context of a single subject. My subject is malaria. Beyond biology, though, I like to weave in topics from statistics, history, politics, economics, and even bioethics. The course is lots of fun to teach because there's always something new and important that pops up in the news every semester. I learn a lot trying to keep up, and students appreciate the real-world importance of the subject. I hope to use the new book in Autumn 2021.

Dragonflies and Damselflies of Ohio

At the end of June we complete the 3-year run of a project to document the Odonata of Ohio. There are several species that are officially listed as threatened or endangered, and for that reason the project was funded by the Ohio Department of Natural Resources. Most of the work was done by MaLisa Spring who coordinated the effort of surveyors across the state, gave innumerable training and outreach talks, and was even able to get out and look for odonates now and again herself. The goal, delayed by the COVID-19 pandemic, is to publish a book on these charismatic beasts, with plenty of photos and information on their biology. Thanks to John Navarro of ODNR for his support in this endeavor. 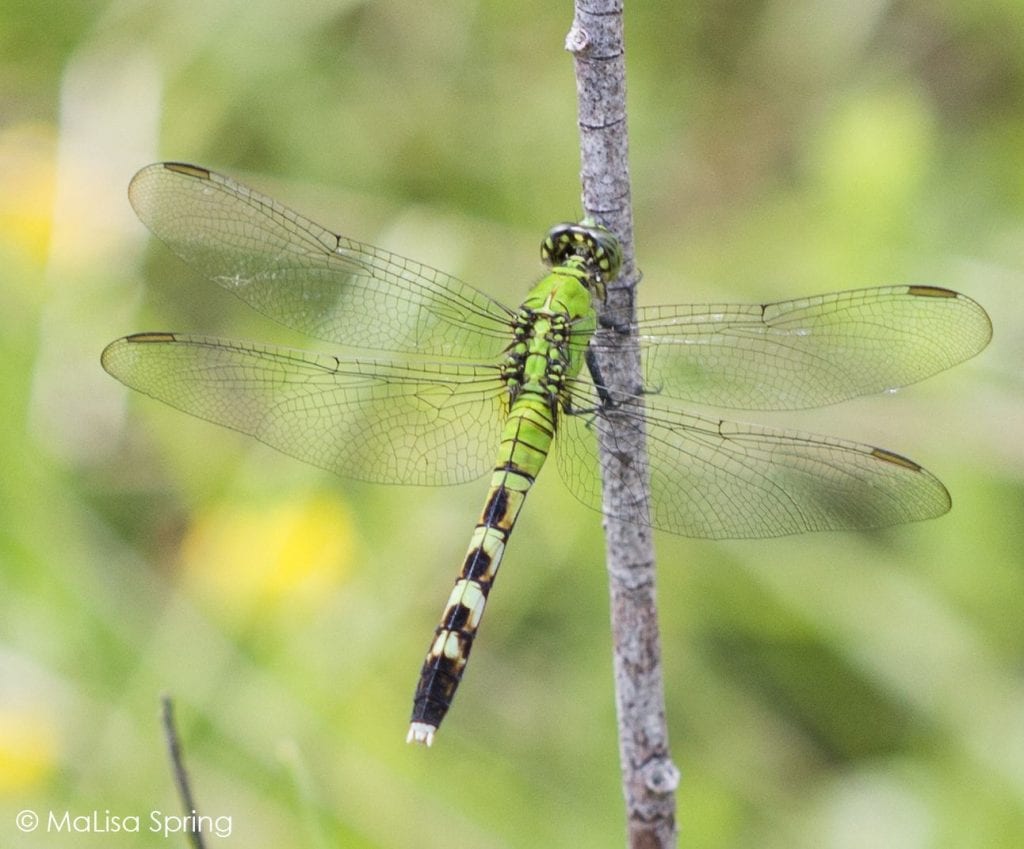 We have a couple of new web-accessible resources for platygastroid genomics. First, there is a new JBrowse site with the genome of Trissolcus basalis. To browse through the genome, click on this LINK. Second, we've set up a SequenceServer page HERE. On this site we have set up BLAST databases for more than three dozen species of Platygastroidea. Our goal is to use this to trace how important gene families have evolved in these wasps.

Great news today: our paper on the chemosensensory receptors found in the genome and transcriptomes of Trissolcus basalis was accepted for publication in Comparative Biochemistry and Physiology - Part D: Genomics and Proteomics! The coauthors are Huayan Chen, Zach Lahey, Elijah Talamas, and Norm Johnson. This is, we hope, the first step in linking basic sensory physiology with the chemical ecology, host selection, and diversification in platygastroid wasps.
© Norman F. Johnson and The Ohio State University. All rights reserved.