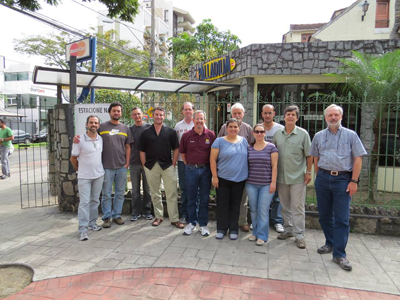 Participants in week 3 of the NESH workshop in Vitória, Espírito Santo, Brazil. From left, Marcelo Tavares, Eduardo Mitio Shimbori, Valmyr Costa, Matt Buffington, NFJ, Steve Heydon, Beatriz Vélez, Lubo Mazsner, Helena Onody, Daniel Aquino, Celso Azevedo and Gary Gibson. Picture taken in front of a nice "por quilo" restaurant, one of several we sampled for lunches. This is the (better) Brazilian version of a U.S. buffet: instead of all you can eat, just take all you want and pay by weight. NESH stands for "Nucleus of Excellence in Systematics of Hymenoptera." 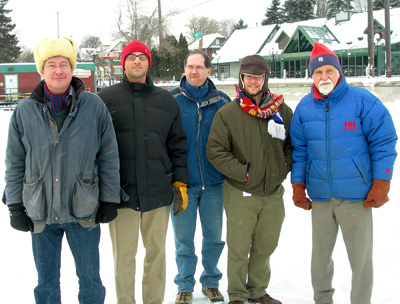 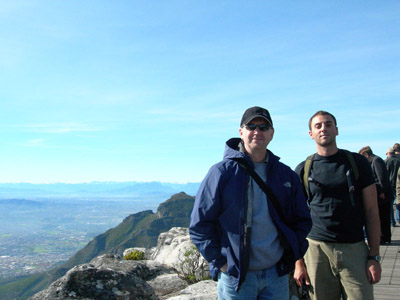 With Elijah Talamas on top of Table Mountain, Cape Town, South Africa in 2008. Elijah climbed to the top. Needless to say, I took the cablecar! 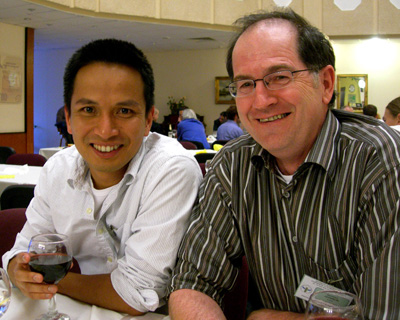 With Charuwat Taekul at Quadrennial meeting of the International Society of Hymenopterists in Köszeg, Hungary in 2010. 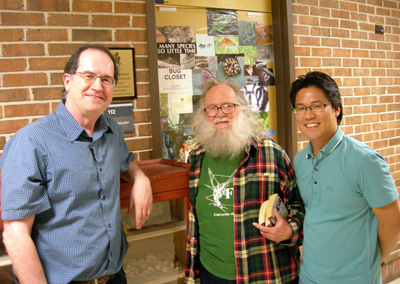 A visit to the "Bug Closet" at the University of Central Florida, Orlando, in 2011. From left, Norm Johnson, Stuart Fullerton, Hojun Song (an Ohio State alum and former M.S. student). 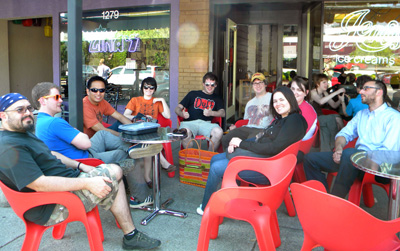 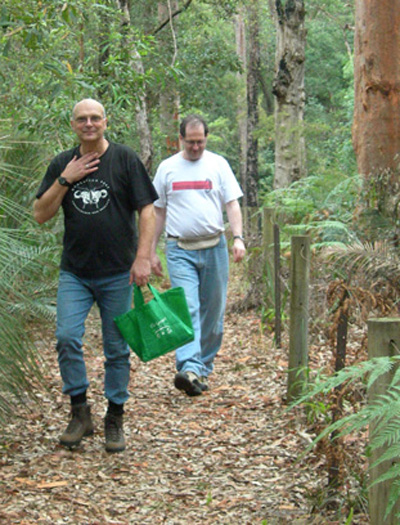 With Andy Austin at Crommelin Field Station of the University of Sydney, in New South Wales in April 2009. What a handsome and fashionable pair! 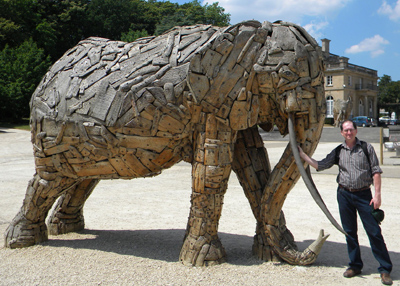 At the Royal Museum for Central Africa in Tervuren, Belgium in 2010.